The 50-storey BBVA Bancomer Tower is an office building that was erected in a perfect location in Mexico City’s Federal District. It has served as the headquarters for Mexico’s largest bank, BBVA Bancomer, since the beginning of 2016. “The form of this building is based on a rethinking of conventional approaches to office space,” says Richard Rogers of Stirk Harbour + Partners, who worked together with the world-famous Mexican architects LEGORRETA® on the project. “The highly sustainable design incorporates a façade which draws on the heritage of Mexican architecture.”

Ultra-modern architecture meets innovative technology in the bathrooms. The prize-winning GROHE Essence series features prominently in the office building’s sanitary facilities. Hygiene is particularly important in public buildings. For this reason, the GROHE Essence E, which can be operated without hand contact due to infrared technology, was used. GROHE EcoJoy® conserves water despite high user fluctuation, and thanks to GROHE StarLight® technology, the elegant water faucet does not lose its irresistible lustre even after many years. 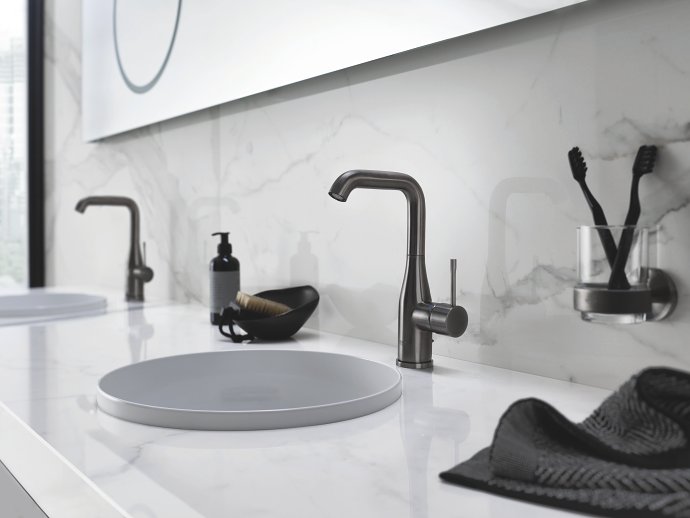